In celebration of my new eXcessica Edition of Under the Big Top: Clowning Around, I offer this tasty slice of Circus Sex. Enjoy!

The concession kitchen was cramped. Boffo and Carlotta were trying to fit into a space meant for one. The clown was tall and lanky, all firm edges nudging against Carlotta’s copious curves. There was just enough room to have him squeeze in behind her. She was getting Mrs. Moneymaker ready to spin hot sugar, and the awkwardness was exciting to her. There was no way for them to not be touching each other while she showed him what to do.

His arm was brushing against her breasts and his hip was nudging against the softness of her bum. She felt the warmth of his torso through her shirt. Carlotta heard herself chattering into the candy floss machine about  how it worked. Boffo was behind her, silent, but very present. She shivered and tiny beads of sweat rose on her lip and brow.

“Damn that clown… why won’t he talk? Am I even making any sense?”

She pushed back at him with her bum so she could get some sugar mix into the machine and was pretty sure he twitched.  Smiling to herself, she kept him against the wall for a moment longer, taking pleasure in his body against her. Her smile grew wider when she felt him rising in his coveralls. “Fuck it,” she decided, “I’m done being the only one talking.”

She flipped the switch on Mrs. Moneymaker and the kitchen filled with the whirring drone of the machine. The noise was so loud that you couldn’t be heard over it. In the tightness of this place her crotch pressed against the edge of the counter. The vibrating  machine throbbed mere inches from her pussy, right through her pants. It was provocative and distracting. Carlotta got the distinct feeling that Boffo was making certain she remained there by exerting just enough pressure from behind. Glancing over her shoulder she saw him smiling inquisitively, all innocent.

The clown reached past Carlotta, basically embracing her, to get ahold of one of the paper cones. His bicep flexed strong, lean, and perfect in her view. The already-warm room grew hotter as the machine came up to temperature. Carlotta grasped Boffo’s arm and pulled it in towards her, holding him tight against her boobs. “Who’s pinned now, funny boy?” she thought to herself. She held him by the wrist with both hands and, as the spun sugar appeared, she drew his arm forward and began to help him rotate the cone to catch the hot airy candy. His chest pressed against her back, along with the buttons of his overalls. He pushed his head forward so he could see better, peering over her shoulder. His nose brushed against her ear. His warm cheek rested against hers and she smelled the unmistakable show-business scent of greasepaint. She was certain his erection grew against her, from behind. Things were getting warm and personal between her own legs as the throb and grind of the machine worked on her.

So they made cotton candy.

It was slow going and they didn’t care. They botched the first one and laughed about it. Boffo nestled in with her, far more intimate than was appropriate. Carlotta relaxed herself against him. He was warm and lovely. It had been a long time since Carlotta had been close to a man and it got her motor racing. Not surprisingly, they were so interested in each other they began to pay less attention to Mrs. Moneymaker. Carlotta turned her head to look into Boffo’s eyes. They were deep and mysterious. The clown returned her gaze, but then she saw him flinch and felt him recoil. He had run his finger into the candy outlet and covered it with hot floss. Carlotta instinctively pulled his hand to her mouth and licked the sugar off.

She sucked, savouring the sweet taste on him. Her mouth was hungry. She took the length of his finger and sucked harder. She heard Boffo groan behind her as he ground himself against her from behind and pushed his finger deep into her mouth. Carlotta’s panties were damp from the incessant vibrating. She squirmed around and faced him. As she did so her nipples bumped against the buttons of his overalls and it was Carlotta’s turn to groan. She slowly pulled his finger out of her mouth. It would have made a comical popping noise had anyone been able to hear it.

Carlotta the Concession Queen smiled at Boffo the Clown. She reached one arm up behind his neck and pulled him in for a kiss. She didn’t have to pull hard because Boffo was keen. They began softly at first, exploring, but soon they latched onto each-other. He pulled her in and flattened her enormous breasts against him. Carlotta’s other hand began the journey down the open side of Boffo’s clown overalls. What she found pleased her. His cock was a nice handful and it was rock hard.

Standing straight and arching her back as much as she could, she unbuttoned Boffo’s coveralls and pulled them downwards. Boffo’s hands were lightning quick. He tugged both their   shirts up and off. His fingers ran along the smooth surfaces of Carlotta’s collarbone and shoulders. They traced the surface of her Maidenform bra, dancing over her nipples. Carlotta reached to remove it, but, to her surprise, Boffo was already there at the clasp. He undid and tossed the garment. Her breasts relaxed, free and naked against him. The sad clown grinned and joyously cupped her boobs, childlike except for his expertise. He teased her nipples with his fingertips and kissed her hungrily. Carlotta moaned in pleasure as she reached both hands down to play with the clown’s penis. She clutched and pulled him, giddy in anticipation.

It surprised Carlotta when Boffo reached down under her ass and lifted her up onto the counter. That was a very strong clown. She was a big girl and he moved her as if she were a toy.  One moment she was on the floor fondling his penis, the next she was on the counter with her legs dangling over the edge. Eagerly, Carlotta reached into her pocket and retrieved her condom. She unzipped her pedal pushers and pulled them past her hips, kicking them to the floor. Boffo’s fast and capable hands removed her panties. The Candy Floss machine continued to drone, vibrate, and spray candy, but they had become oblivious to it.

Boffo stood above her. His torso was taut and chiseled, with a sparse crop of black hair across his pectoral muscles. She liked this “sex with a clown” thing, she realized. The fact that there was a nude man in front of her, with an attractive, rigid cock, was made only hotter because he had a clown’s face, eternally sad, but obviously delighted…. and his eyes never stopped connecting with hers. The man reached forward with his artists’s fingers and explored between her legs. He found her hot cleft and grinned at how wet she was. Carlotta handed him the drugstore prophylactic he had given her less than 24 hours before. He opened it and she helped roll it onto his turgid length.

“FUCK ME!” she yelled, loud enough that he could hear it above the noise of Mrs. Moneymaker.

“Eeep!” she squealed… and no one heard her.

Sorry. If you want to find out what happens next you’ll have to read Under theBig Top: Clowning Around. 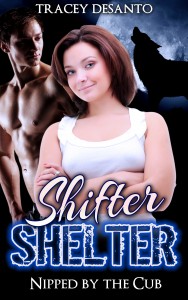 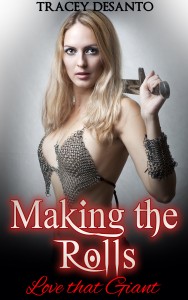